My new motto is „never go out for a beer on a rest day.“ Over the next few paragraphs I will try to explain why.

I came out to Mallorca for a training camp with a few of my team mates to gain fitness back after an illness. It is a fantastic place to cycle with good weather most of the year. After a hard block of training I headed out to meet a couple of friends for a beer. It was here, and through a ‚friend of a friend‘ that I got talking to Tom from Sportograf. After discussing our interests in ‘endurance’ cycling Tom explained to me that he was here with his team to photograph the Mallorca 312 Challenge. He suggested that he might be able to get me an entry for the event. Of course, I jumped at the chance… well-who wouldn’t, right?!

What I failed to recall after 2 or 3 beers was that I already had 800km in my legs completed in the previous 9 days, including a power test the day before the event. But, what the heck?! As they say in the UK, „in for a penny, in for a pound“. 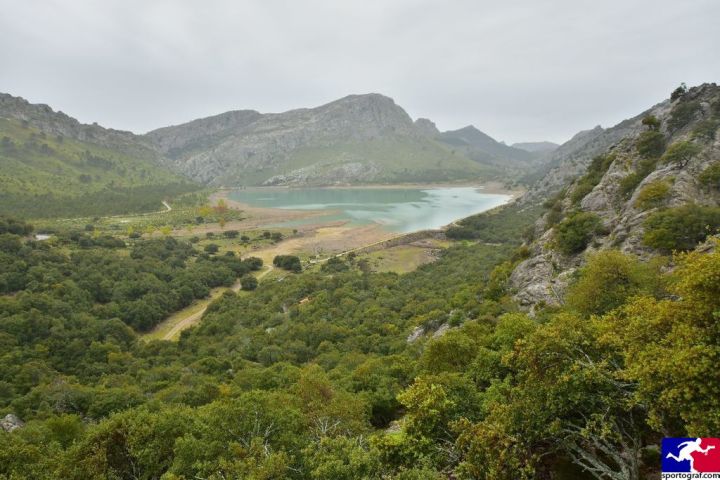 At 4:50am sharp, the alarm clock rang. After a good breakfast I headed for the start. On my arrival the atmosphere was electric, with some 4500 riders of all abilities taking up the challenge, with a choice of 3 routes; 167km, 263km and 312km. The latter distance featured 4556 meters (14,600ft) of climbing to tackle, most of which was in the first half of the event.

Sitting on the start line it began to rain, I remember thinking to myself „this is going to make things interesting!“ We started at a phonetic pace. The first 30km was quite flat leading into the first of the longer climbs on the route. Riding in a large group at the start was an amazing experience. The event benefits from fully closed roads, with huge groups of riders fanning across them. It really lends to the feeling of what it would be like to ride in the Tour de France peloton. Motorcycle riders and police cars staggered throughout, making sure everyone was safe.

I was aiming for a sub 11 hour ride bringing me in at about 30KPH (18mph) average speed. I knew that it was a question of pacing my effort and not going too hard, too early. As I climbed up to the highest part of the route, a peak called Col Puig Major -890 meters-, I started to ride into the clouds. As I broke through I was greeted with the most amazing sunshine and view of the lake, that sits high in the mountain tops. Beginning to descend, a rider came along side me and said “hello”. I had to do a double take, it was none other than the 1987 Tour de France winner Steven Roche. I had a lovely chat with him as we descended the Col. It was one of the genuine highlights of my time in cycling so far.

The climbs just kept coming one after another, the views from the road that hug the coast line at the North West of the island were stunning. As it wound its way through some idyllic Mallorca villages set high on the steep cliffs, crowds gathered in central squares to cheer us on, all of whom were enjoying a beer and BBQ.

As I pushed up a series of switchback bends I started to talk to another rider. It transpired that he originated from back home, 5km from where I live in the UK but had since moved away. I couldn’t help but think what a small world this is, amazing nonetheless! We worked well together for around 30km spurring each other on to keep tapping out a rhythm on the pedals.

At around 170km, 3800 meters of the climbing in the bank and 6.5 hours into my effort, my legs were still feeling quite strong. I decided to push on. The course had flattened and I got involved with a group of around 10 riders. They were pushing hard, taking turns on the front to pull the group along at around 40kph. This felt good and we clocked up some serious kilometres for around an hour.

8 hours in my legs started to feel really bad. Cramp set in my right quad and my mind started to think negative thoughts. At this point I questioned if I would even make it to the finish. I knew I needed to stop, eat, and get some more fluids on board. Thankfully I was around 15km from one of the fantastically set up feed zones. After fueling up again on a couple of cheese sandwiches, energy bars and water, I was feeling a lot better. I started the last push to the finish in a much better frame of mind, joining up with a group of around 30 riders. Legs were tiring and some were not taking their turns on the front, leaving it to around five guys and one lady to pull the group along. I later found out the lady was Mel Wasley, winner of the overall female category. 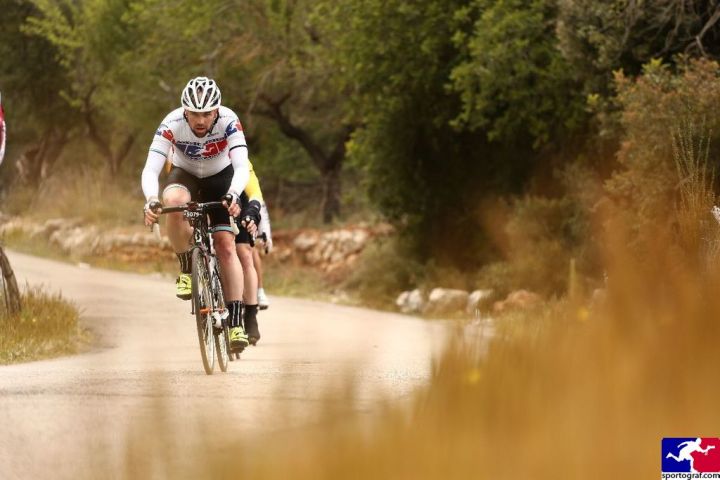 My legs by now were screaming for me to stop. I had quite an internal battle with myself to give into the pain and take the turn for the shorter 263km event. I had set my goal as doing the full 312 and I was dammed if I was going to listen to my legs and the lactic acid that was filling my body, causing me so much pain…head down, I pushed on.

Finally the sun decided it was time to make an appearance. With only two, 200 meter climbs in the last 60km I knew the run into the finish would be fast. We entered Arta where the last feed zone was situated. It seemed like the entire town’s folk were gathered in the square; a huge sound system was blasting out and a carnival to welcome us was in full flow. I wished I’d had time to stop and soak it all up, but my foot was down just long enough to have a water bottle filled and I was rolling again.

I decided to press on by myself with my hands draped over the bars in a true Peter Sagan style, in an attempt to get as aerodynamic as possible. I pushed myself to places I have never been before. Legs crying for me to stop, I knew I wasn’t going to back off until I crossed the line. This was a pain so pure that it sent me to a place of complete concentration with just one focus – the finish. Coming into the finish in Alcudia, crowds of people lined the roads cheering but I couldn’t hear them, I just wanted that line. I rounded the last roundabout; the large boardings and air bridge came into view. That was it, my goal, the finish line. As I crossed over the finish a genuine feeling of euphoria rolled over me. I had done it!!! Every moment of pain and mental battling I put myself through in the last hours faded away at that very moment. The finish zone was pumping with an amazing atmosphere; camera’s everywhere, riders getting interviewed and a party that was in full swing.

Someone later asked me if it was worth all the effort, my instant response was HELL YES!!!!!!

I had pushed my body to limits I didn’t know I was capable of. The memories of that day will live with me for the rest of my life. It was a huge highlight of what I’ve achieved on a bike to date.

Now for a beer, or maybe not. The last one I had resulted in me riding this. Well… in for a penny 😉

Finish position 119th out of more than 4500 starters

If you would like to find out more about my journey through cycling please check out www.jasonburrillcycling.com

Text and effort by Jason Burrill, pictures and another kind of effort by Sportograf